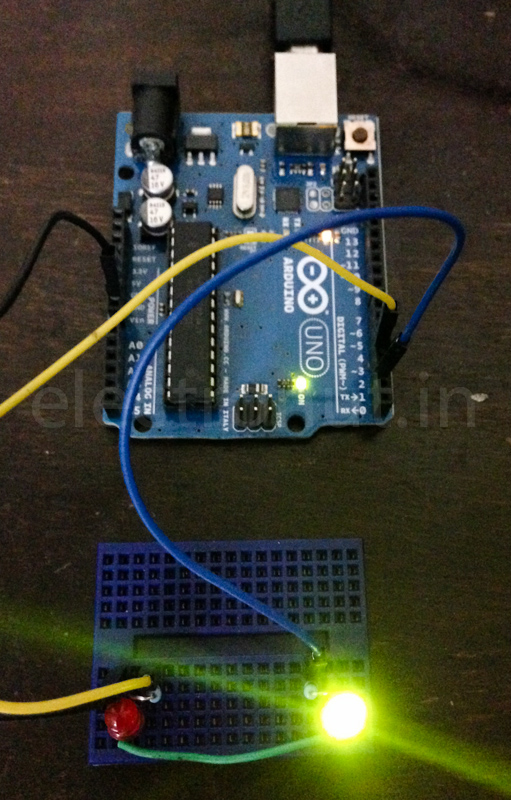 My friend asked me the following yesterday:

"Is it possible to make the build script at my company flash some lights when it fails?"

I gave her some suggestions which involved the usual suspects - Python and Arduino. Now it's all up to you, I said. But soon, I started fidgeting, and I can't help it. I need to try this myself. ;-)

This is what I came up with:

The only challenge here is the mechanism for a script on the build machine to communicate with our Python program. I am sure there are many sophisticated ways of doing this, but being a simpleton, I chose a very simple way - use a status file.

The build script writes 'OK' or 'BAD' (or whatever) to a file called status.txt, and the python code checks this file and sends some data to Arduino, which takes appropriate action.

Here is the Python code:

At the Arduno end, it turns a Green LED on if it reads a '1' via serial, and a Red LED when it reads a '0'. If it reads anything else, it turns both LEDs off. (This is important for cleanup - when the python script exits, we turn the LEDs off.)

Here is the code at the Arduino end:

Here is how I run it:

To change the status I do:

It works quite well, as you can see below.

Instead of LEDs, you can hook up anything at the other end, provided you do some extra work. For example, use a MOSFET/transistor and a Relay to control lights, or maybe even hack a toy to do something silly.