A Makeshift Tilt-Head for my Raspberry Pi Camera 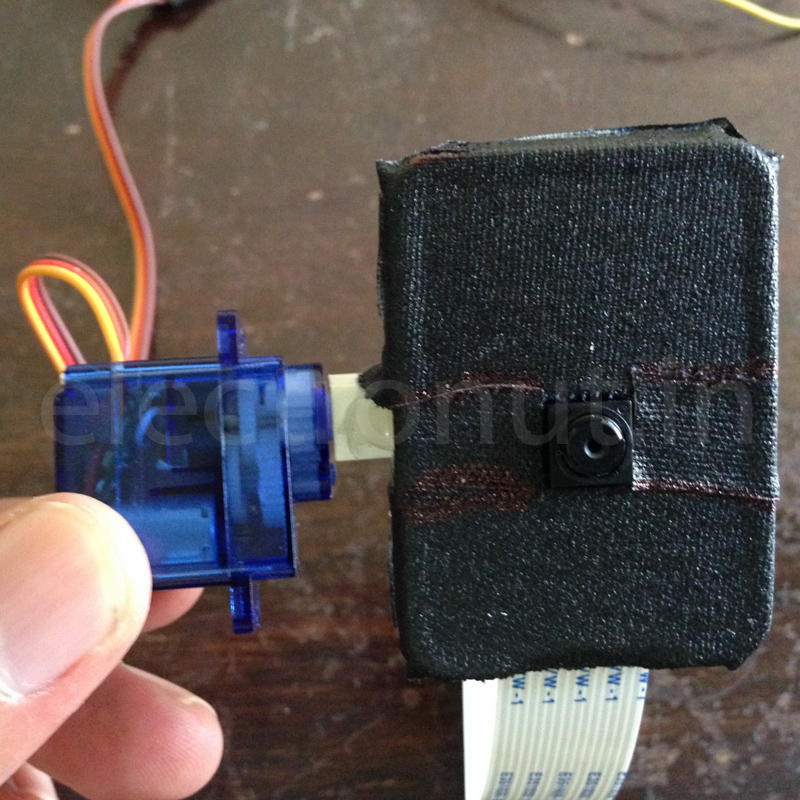 I want a pan/tilt scheme for the camera of my Raspberry Pi based home monitor robot. But rather than use a pan/tilt bracket with two servos, I thought I could simplify things by using one servo for titling the camera and using the robot chassis swivel to pan the camera.

So I wanted something to hold the Pi camera, as well as attach it to the servo. I found that some clever folks on the net were using SD card holders as enclosures for the tiny (but expensive!) Raspberry Pi cameras. I decided to try and put these ideas together.

The construction is shown below (click to enlarge). I first tried to cut the SD card holder using a blade, but the darn plastic was thicker than I though. So I attacked it with my Dremel next, and created a hole so that the rectangular camera module could poke through. I then dug into my son's Lego collection and found an unused brick that attached nicely to the servo shaft. I hot-glued that to one side of the SD card holder. The next step was to cover up all the ugly work I did by wrapping it under nice Gaffer's tape (my prized possession).

To test the servo, I used an Arduino with the following simple code that sweeps the servo across its range:

Here's the whole thing in action:

Hope that was somewhat entertaining. ;-)